Our Award Winning Legal Team Makes Your Family Our Priority

Divorce, adoption, even writing a will… family law issues can be both emotional and contentious. You need an attorney who will recognize the urgency of your situation and provide top-notch legal services in a professional, yet compassionate environment. Our firm has been recognized as one of the top family law firms in the Philadelphia area. Thomas Petrelli, Jr. and his team have received both national and local recognition. No aspect of this advertisement has been approved by the Supreme Court of New Jersey.

For three years in a row (2019, 2020 &2021), Petrelli Previtera has appeared in the Inc. 5000 list, the most prestigious ranking of the nation’s fastest-growing private companies since. The list represents a unique look at the most successful companies within the American economy’s most dynamic segment — its independent small businesses. The firm joined the ranks of Microsoft, Dell, Domino’s Pizza, Pandora, Timberland, LinkedIn, Yelp, Zillow, and other past honorees on the Inc. 5000. Avvo Superb Rating: An attorney’s Avvo rating is based on his experience, professional achievements, disciplinary history, client reviews, and peer recognition. Tom Petrelli, Jr. has received Avvo’s highest possible rating of 10/10 superb based on over 30 references both from his peers and from past clients. SuburbanLife Awesome Attorneys: SuburbanLife is a series of monthly magazines written for residents of the suburban Philadelphia area. The magazine is best known for its features such as Top Towns, Best Doctors and Awesome Attorneys, which are based on the votes of hundreds of local readers. Thomas Petrelli, Jr. was named to Legal Eagles: Suburban Life’s 2013 Awesome Attorneys in the December 2013 issue of SuburbanLife and has been on the list every year since 2010.

South Jersey Magazine Awesome Attorneys: Each year, across 44 specialties, South Jersey Magazine readers choose the area’s top lawyers. In 2019, Kristin Lis was named in the category of Family Law. The publication said: “We asked our readers to nominate the lawyers they turn to when it counts and the tremendous response proves the men and women that appear on this list are up for the job.” 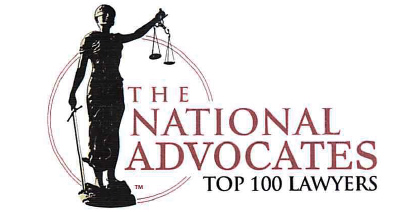 Petrelli Previtera is ranked 60th on the 2016 Law Firm 500 Award Honoree list.
The Law Firm 500 Award Honorees list showcases the top one-hundred fastest growing law firms in America. The published list recognizes law firms that have achieved significant growth in revenues and demonstrate innovation, operational excellence, and a commitment to client service. Each nominee was evaluated by an outside accounting firm, and subjected to an identical review process. Petrelli Previtera has been selected by Expertise for inclusion on their Best Lawyers list every year since 2017.

Family Law Attorneys for Every Stage of Your Life

When life brings changes, Petrelli Previtera is here for you and your family. Whether you are adopting a child, going through divorce, or planning the future, we can help you find legal solutions to your problems. To learn more, call Petrelli Previtera at 866-465-5395. We look forward to helping you.