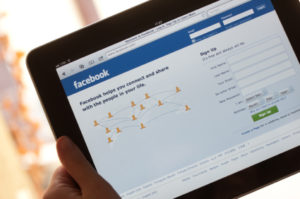 Ken Savage’s marriage already was strained, but the first sign that something was egregiously, electronically wrong came a year and a half ago, when his wife started taking her laptop into a different room to check Facebook.

Once, Savage walked in on her. She asked, startled, “What are you doing?” and shut the laptop with a thump.

The better question was: What was she doing?

Savage, 38, a computer guy, eventually tracked his wife’s Facebook posts and chats to discover she had reconnected with a former boyfriend on the popular social-networking website and arranged a Saturday tryst in a hotel. His wife, a face painter, told him she would be working that day at a child’s party.

The outcome: His wife is now his ex, and he runs a website called facebookcheating.com.

Savage, who lives in Lowell, Mass., may be single, but he’s not alone. When it comes to divorce, Facebook is increasingly mentioned as a factor – whether one half of a couple disses the other online, or an innocent virtual reunion ends with a face-to-face (or other body parts) rendezvous under the sheets.

It’s not somewhere L.A. Law’s Arnie Becker would have checked, but these days Facebook provides an increasing amount of courtroom ammunition in divorce proceedings. Eighty-one percent of the nation’s top divorce lawyers said more evidence in the last five years came from social-networking sites – MySpace and Twitter included – according to a survey by the American Academy of Matrimonial Lawyers. Facebook philandering is so prevalent, it’s central to the plot of a play being staged in Philadelphia next month. Built on a Lie, based on a true story, is about a married man who portrays himself as single in order to stoke multiple relationships on Facebook.

Though many of the 400 million active Facebook users post news about their kids’ latest Little League game, other updates are, well, spicier.

Some boast about the person they slept with last night, or how sloppily drunk they got, said Philadelphia divorce lawyer Thomas J. Petrelli Jr. Facebook was a factor in almost every divorce case he has handled in the last two years.

And it’s become a factor in other kinds of cases. It permanently documents any kind of bad behavior that fuels opposing attorneys’ arguments.

“If I write on your wall on Facebook, it persists. It stays there,” said Matthew J. Salganik, an assistant professor of sociology at Princeton University. “If we meet for coffee, there’s no permanent record of that.”

One of Petrelli’s clients, seeking more money from her ex, testified she couldn’t afford to buy basic items for a baby about to be born. Yet a Facebook description of the baby shower thrown in her honor – complete with a list of gifts given – suggested otherwise.

She described one case in which a teen’s mother accused her ex of not adequately supervising their daughter. He disputed that – until the daughter posted photos on her Facebook page showing her and friends playing drinking games at her father’s house.

“I continue to be shocked about how much information people put out there for everyone to see,” said Kerns, who twice in the last two weeks talked with someone who learned of a spouse’s infidelity through Facebook and e-mail accounts left up on a computer screen.

So why are so many people engaging in such electronic exhibitionism?

Facebook makes it easy to get in touch with that cute high school boyfriend or girlfriend. And while you might not have had the courage to approach them in the cafeteria, computers’ distance makes you brave. The social-networking site also provides a respite from a turbulent relationship. One-half of a couple can turn to it for retribution or commiseration, sometimes before thinking through the consequences.

One in five adults questioned in a 2008 survey by the Pew Internet and American Life Project said they used online social networks to flirt with their connections.

“I think Facebook may be part of a general trend in our culture toward a more self-revelatory, confessional mode of interaction,” said sociologist Paul McLean at Rutgers University in New Brunswick, N.J. “It’s not entirely unlike what we see on reality-TV shows, Oprah, or other shows in which we have a prurient interest in the minutiae of other’s lives. We welcome it.”

Philadelphia therapist and couples counselor Jody Miller has seen clients fight, only to have one person, brimming with anger, seek consolation online.

“It’s a very emotionally immature way to handle problems,” Miller said. “I rarely have couples sit down where there hasn’t been some Facebook connection messing things up.”

Facebook was certainly a factor in the unraveling of the nearly 20-year relationship of a man from the Philadelphia suburbs. (Now divorced with children, he asked that his name not be used.)

The couple met in college and experienced the highs and lows of marriage. His wife seemed to be growing angry, but did not want a divorce. The forty-somethings even went to counseling, but it didn’t help, he said.

One day, he saw a series of messages between his wife and a man on her Facebook page. Some were “a little racy. They were clearly, clearly, clearly inappropriate for a married woman to be doing.”

His wife swore it was over – and changed her Facebook password. The husband figured out the new one, read more messages, and saw charges on the cell-phone bill for text messages and lengthy, late-night calls.

He filed for divorce after learning they’d had an affair.

Erica Sterling, 39, of West Oak Lane, said she and her fiance, Ezra J. Bush, were able to navigate Facebook drama.

Although the couple declare their relationship status on their Facebook pages, Bush – who some say looks like ex-Eagles quarterback Donovan McNabb – routinely gets requests from women he barely knows asking him to be their Facebook friend. (“Friending” someone gives him or her full access to your Facebook content and the ability to have a text chat.)

“One woman in particular, I just felt went too far,” said Sterling.

What began as virtual gifts – she sent Bush small cartoon drawings of a cake and balloons, an e-card – progressed into private messages, including one that included her phone number and the message, “Call me anytime.”

Bush and Sterling share Facebook passwords and content with each other, so Sterling saw it all. She called him at work and demanded: “Delete this girl off your page,” which he did that night.

As in Sterling’s case, Facebook doesn’t have to ruin a relationship, said Jason Krafsky, who with his wife wrote a book, Facebook and Your Marriage.

He recommends discussing social-networking boundaries. Share your user name and password with your spouse and invite him or her to check Facebook anytime. Don’t friend exes. Post nice things about your spouse once a week.

And don’t spend more time on your computer than with your partner.

Savage created facebookcheating.com to share with others how to prevent a situation similar to his own. (Attempts to get a comment from his ex-wife on her side of the story were unsuccessful.) He also did it to grieve the end of his marriage.

“People use Facebook because they think it’s not that big of a deal,” he said. “And it is.”

Originally published in the Philadelphia Inquirer| By Carolyn Davis